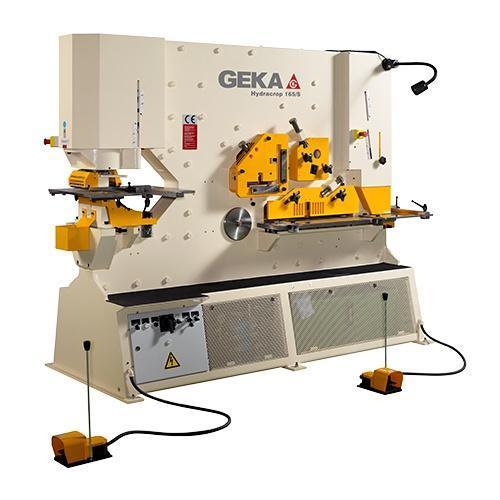 
The Geka Hydracrop 165/300 is part of Geka’s Hydracrop Series of ironworkers with two industrial hydraulic cylinders. Like the rest of the models in the series, this ironworker machine may be operated by two workers simultaneously.

The Hydracrop 165/300 consists of five workstations, for different metalworking tasks, that may also be equipped with optional Geka equipment and accessories. This makes a versatile ironworking machine that can handle a variety of different jobs and tasks.

There are no files attached to this listing currently. If you Have any further questions regarding this listing, please contact us for more information.

Blumberg Machinery is proud to offer a slew of services from appraisals, financing, auction services, and more.